Testimony and Fresh Memories in the Holocaust

The death of 6,000,000 Jewish Men, Women and Their Children can never be satisfactorily represented by even six million photographs, but the digital capture of the pictorial image is all this Witness has to affirm what my eyes have seen. The Horror and Emptiness, the scars on the landscape and peoples of 21st Century Poland, emerging from a 20th Century atrocity they seek to add to a perspective only recently and fully endorsed and embraced. Commemoration, Memorials to and a burgeoning respect for what was allowed to happen is there for all to Witness. 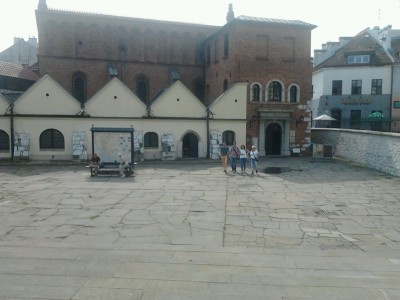 However, in the Abandoned Synagogues, in the former Jewish Factories, from amongst the depths of the Death Camps, amidst the debris of the Labour Camps a Jewish presence no longer emerges. In the written and pictorial records of the Survivors, a greater acknowledgement of the wrongs done needs to permeate deeper into the psyche of a European Continent less engaged in restoration than in moving further away from these dire deeds. While the sins of the Parent should not be visited upon the Child, the ill gotten gains of that Parent cannot profit any future without corrupting it

“..Jewish persecution ..taken ..most inhuman ..merciless ..deeply shaming forms ..for which no compensation can be adequate. ..Anyone who believed ..he could enrich himself with Jewish property will discover ..it ..a disgrace for any German to seek such dishonestly acquired property.” Carl Goerdeler. 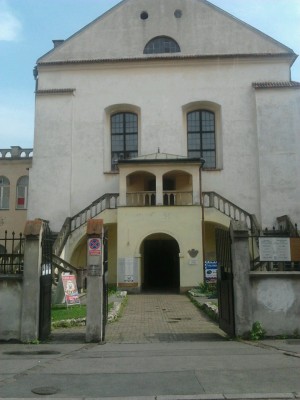 I laid some stones, in memory of Tokele and 6,000,000 of her Murdered Jewish Brethren. Rest in Peace. The practice is a very important one! It clearly shows that we Remember, that we have not Forgotten and that we have visited to pay our respects. Much of what I say, a great deal of what I relate is to do with Memory and never forgetting those Jews of The Holocaust. We stand upon the brink of something equally threatening to our way of life and times. Pope Francis can see today that what Pastor Niemoller and Primo Levi managed to blend together, that once there were no Jews left to victimise, there would be no guarantee that it ‘would devour only Jews,’ has come round to fruition.

“..where there is an unjust aggression ..can only say that it is licit to stop ..unjust aggressor. ..I underscore ..stop. I’m not saying bomb or make war ..just stop. ..means ..to stop them must be evaluated.” Pope Francis. 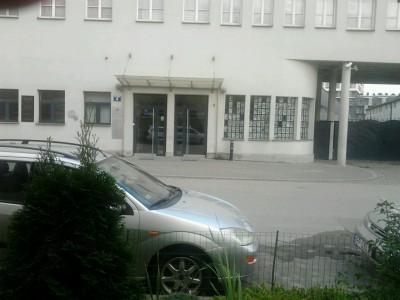 Here, the Pontiff speaks of a situation which not only threatens the Jewish State, though Israel stands full on to repel anything ‘is’ has to throw at it. But Muslims and Christians alike are under direct threat from a newer hatred hidden by religious intolerance’s. Here though is my own religious contention, and it is pertinent in that while this Pope can stand upon a political platform and issue a suggestion as to how we proceed to stop ‘is’, Pope Pius XII was not so specific in his own terms when it came to the Jewish People facing The Holocaust. 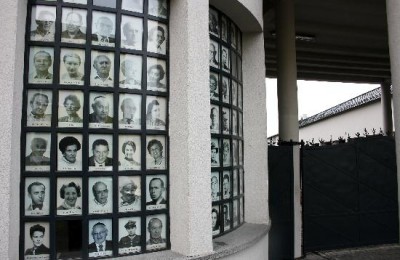 Photos of Some of Schindler’s Jews in the Window.

While my own Testimony has been a fresh reminder to those who come after me, who will read my work and wonder why an Irishman has steeped himself in the very aspects of a Jewish Holocaust, let them regard what they think is appropriate! If any human being cannot stand up and afford a moment or a thought of consideration for the mass murder of 6,000,000 People, and in our recent History, what does that say of his own humanity? So I stand up and face an accusation of bias, which I am! I do not deny that the Slaughter of 6,000,000 Jews is wrong on every level!

I would speak equally vociferously if I had chosen my initial work was The Irish Famine. I could so easily have been persuaded to write about the Armenian Tragedy if the photograph sent to me had been of Tokele, a 4 year old Armenian Girl. But Tokele was a 4 year old innocent Jewish Girl, a Jewish child whose only apparent crime was being born a Jew. Actually, can a 4 year old Child commit a crime? For me, and from any given perspective, had Tokele been an Irish Child I couldn’t have been any more outraged.

Stones to remind those who visit after me that I Remember the 1,100,000 Jews Murdered here from amongst the 6,000,000 Murdered Jews of The Holocaust of Europe!

Had Tokele been targeted because of the Colour of her skin, I would have been equally offended. I am mortified that a Child, any Child, can be Murdered because of Gender, Colour pigmentation let alone her Religious affiliation! I am the Child of a Parent who taught me well the distinct value of the human in Humanity!

A Book a Day, or so of suggested reading!

4 Replies to “Testimony and Fresh Memories in the Holocaust”