It is Monday September 25th. and I have landed in Poland’s Capitol, Warsaw, or as I am hearing it, Varshava!! An injustice to linguists. My taxi takes me the 8 Miles to my Hotel, where the Logos stands alongside The Vistula River just across from their National Stadium. I am prepared, he says, for an avalanche of emotions. So many things sweep across me as I prepare to meet with the itinerary I had set before I set off. There is this deepening feeling that loss might just overtake me as I try once more, to make sense of the illogical theatre of Genocide Hitler brought to the ramparts of the x6 Death Camps he had established in German Occupied Poland.

The feeling of loss is, in itself, inexplicable as much as it is incomprehensible to any human being and I feel it, as wounding as any pain of grief. Grief, bound by humanity to add a memorial to a posterity we have been delivered, a sharply reminding stigma upon the very psyche of our humanity. Here, as I look back on the route from Warsawa Centralna Rail Station, I am guided by the missing Jewish presence which seems inextricably to draw me forward. Today I have travelled about 1,500 Miles. So I now submit to that feeling which suggests I am on the last leg of a journey, an odyssey of sorts which has accompanied me for so long. Or is this a pilgrimage and is that a correct term for what I must now accomplish. 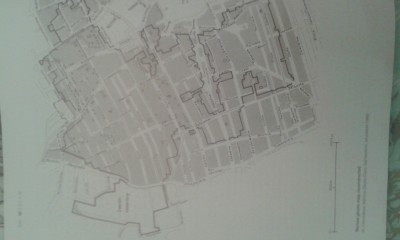 Perhaps it is more honourable a visit I make because it is my choice to do so. What I consider correct however, is the truth and only the truth can truly inform History. I tread a fine line between what belongs to the Jewish World and what is owned by a Humanity which chose to abandon its responsibility to the Jewish People, who are The Holocaust. Sometimes, there are thoughts of a personal nature which transfer perfectly to how I feel, and it is deeply felt over a huge loss which should never have been delivered to History, let alone to 6,000,000 innocent Jewish People, all Men, Women and Their Children, for being Jews. 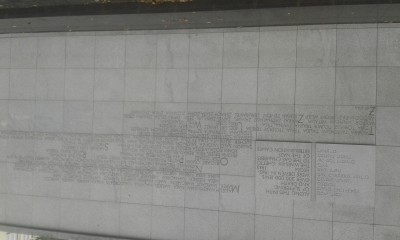 This World we occupy was thrown into a moral abyss along with 6,000,000 Jews, who were so immorally regarded, they were allowed to be destroyed without much protest or even the semblance of World concern. There are x6 very important reasons why Remembrance is centred in and around Poland. The establishment of Hitler’s Death Camps in German Occupied Poland has left a repository for memory in the most immense graveyard for the Jewish People ever devised. Thrown headlong into an abyss, and into which our own Humanity tumbled alongside these innocent Jews, the atrocity confronts us to this day. 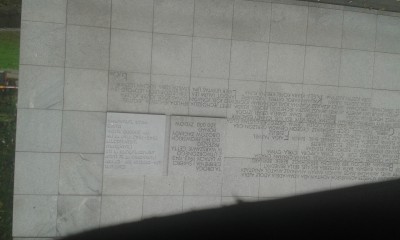 What occurs to me in my search has been the shocking realisation that of these x6 Death Camps, there are x4 which remain almost forgotten when placed alongside Auschwitz/Birkenau, Treblinka or in fact, the Warsaw Ghetto. I realised this visiting Sobibor and more especially Belzec, where their status lay in out of the way community’s not readily as approachable as Auschwitz/Birkenau or Treblinka. For those of us seeking a time and place in time, they will be more easily forgotten if they are not reached. Wherever the Jews were slain, there is a need to approach these places with the same intensity of shock and horror, which not be reserved solely for the more infamous and known of the Death Camps. 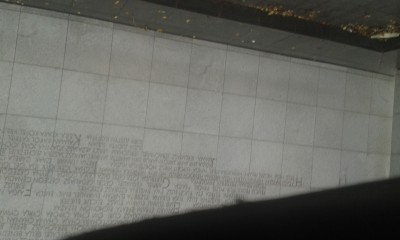 Without any laudable concern forming over the negligible intervention we are witness to, and to this day, will we allow for these less visited Death Camps to simply fade from the landscape of The Holocaust. Then as we reach the reality of it all, that there was an imperative adopted by the few, who in order to save lives managed to save too few, what place can there be for sites of such depravity. We have secured for all posterity a precedent that was so depraved, the wrong lessons have been since learned, and all too often. I have learned from personal experience that the choices made can be wrong for the right reasons and can hurt, can cause pain and can ensure to make distance less fonder from what is known. 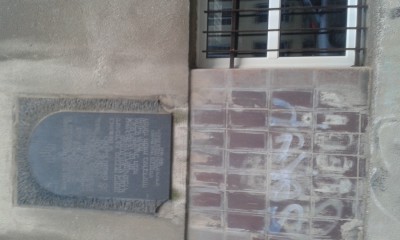 I had a feeling all 6,000,000 of these Jews, who are The Holocaust were joined together at the same time in this carnage and we have been left with a very difficult prospect of finding them in the detail that has been hidden from us. I was making plans to visit the Polin Museum and I wish I had just sat down and let the entire feeling for the Catastrophe, an experience I felt deeply, could it just wash over me and give me the answers I sought. I was time constrained by other official timetables and then again, one can have too much time to mull over pasts and as they confuse the present give a differing meaning to all of our futures. I guess ones soul lays exposed and thoughts impose their own agenda. You have to choose your direction for whatever reason, only for it to then smack you straight in the face. 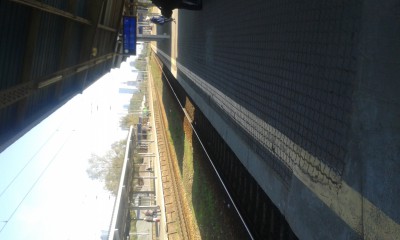 You remember all you forgot to say or do! You give up everything you are and have Nothing left only to find it is not enough that time has taken everything with it!! I took a x4 hour walk around this City to take in a flavour of a Jewish Past which was not here anymore. I met a hint of a Jewish past in both Cracow and Lublin. It was not here in Warsaw. If you share x2 pictures to illustrate this, there is a plaque on a building, singularly pointing to when Jews once walked freely. What then struck me, the Umschlagplatz Memorial, so desolate and tucked away so out of sight as to be a forgotten reminder of what it is meant to add in memory for us. Also, and clearly the Polish People, and their government, have an awareness problem with the word ‘collaboration’. 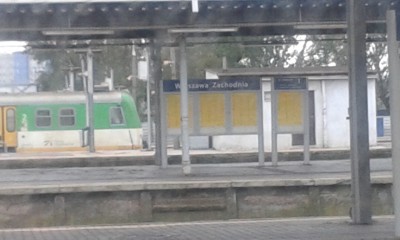 They do not see the word in isolation and that those who ‘collaborated’ are being accused of what they did. Yet there is this position where they choose to feel the term accuses all of Poland for what some Poles did, and to far too many of their Jewish neighbours. Of course many forms of collaboration existed without Poles dealing directly with German occupying forces. Informing on a Jewish neighbour was collaborating in their very destruction. But Jews too have to accept the Fact, while not all Poles were Bad, some clearly were. I have much to unravel in these thought processes, but the unfortunate aspect in this, given that Poland is for the Jews their Largest graveyard, and as such, Jews need to visit these Graves. This is more of an imperative than for Poles to have any need to alter their relative position toward accepting some responsibility for what was done by certain Poles in their own backyard. 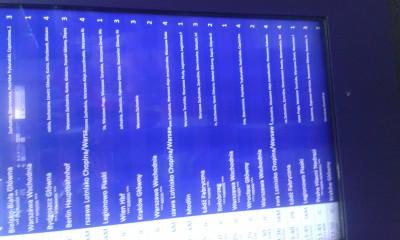 There is a conflicting synergy between the two positions of Grief and a supposed refusal to accept the fuller responsibility. But there are places like the Polin Museum and the Marek Edelman Centre which just might afford some solution. I deal in those words which seek to add meaning to a dialogue and both these places are constituted in affording dialogue their welcoming space. Dialogue too is about listening and if the concerns around a term such as ‘collaboration’ is focused upon, in a negative way, it will seek to dismiss an integrity that speaks of all rights for all and the wrongs which run counter to them adapted by the few. I could catalogue an accumulation of corroborative evidence that places Poles at German doors giving away Jewish neighbours. 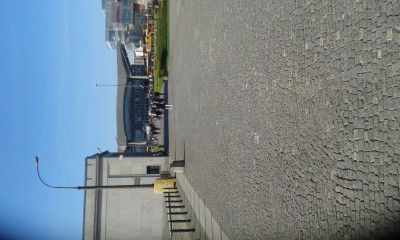 But that is not my remit yet it is the purpose in History to state the factual integrity in all matters and if they are True, they will benefit all of History. I guess I am approaching some form of vindication for doubting the evidence I have become a witness to in which everyone accepts the responsibility that has been assigned to them. I cannot seem to get my thoughts in order at the moment. They are running away with the prospect that tomorrow, Chelmno will crush the formed opinion I had already gained and that there will be a coming together of what was not resolved in solving a solution for Hitler’s radical view in delivering The Holocaust. But, I doubt there will be any change other than a shift of emphasis in knowing Jews need to find their lost People and Poland, holding the soil of that search somehow captive have an interest in only securing .