It is Tuesday September 26th. 2017 and for me, Chelmno awaits and it is weighing heavily. I have taken my leisurely 4 miles stroll to the Centralna train station and I will have walked my usual 8 miles by my return. Any walking in pursuit of Memory, which will involve today’s walk around Chelmno, cannot ever be counted. Also, and this might seem ironic to many, but my walk into Warsaw Centralna for my visit to the Death Camp throws up a strange anomaly. This will see me on a Train bound for Berlin. I can hardly believe it. 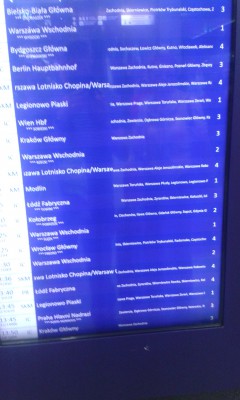 Admittedly, I will get off at Kutno to journey on toward Kolo and then to Chelmno. But this Train heads direct to Berlin, the heart of where Hitler’s plan to Destroy all of European Jewry was conceived of and largely conducted. Direct from Hitler, the plan to murder the ill and the infirm of Germany and Austria, had its genesis in Berlin too and then, so as to alleviate the symptoms of der Einsatzgruppe’s psychological well being, a more mechanised approach was conceived. Chelmno was the first Death Camp established by Hitler in German Occupied Poland. 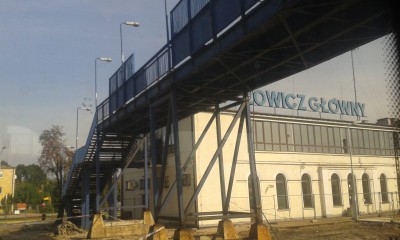 As such, the terrible lessons to be learned would be experienced by Lodz Jews. Whatever else, a target was set for The Jewish People, a marker was agreed that 11,293,300 Jews, as adjudged by The Wannsee Conference, would be sought out and The Holocaust Slaughter of 6,000,000 Jews would be realised. Hitler moved no further than his desk to share details in voiced undertones of all he had planned. So here, on these platforms in the Centralna station, every Train has a significance. 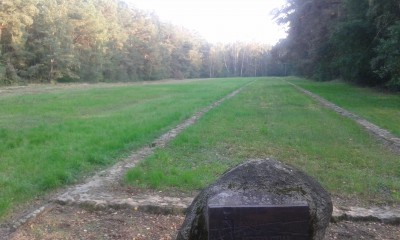 Each destination has a meaning in our reach for comprehending the entirety of The Holocaust. Bydgoszcz, Cracow, Czestichowa, Katowice, Kielce, Kutno, Lodz, Lowicz-Glowny, Piotrkow-Trybalinski, Tychy and especially Warsaw, all flash up recalcitrant images of everything I have been steeped in for more than 20 years now. The shock I am feeling is quite palpable. There is a whirring sense that I am in the midst of a cauldron which was deadly for the Jewish People, and this was merely 70 to 80 years ago. 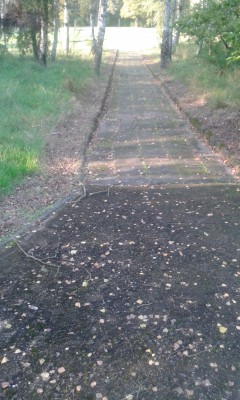 But for Warsaw, as I leave it slowly behind, this was the largest contained, brutalised and Destroyed Jewish Community in all of Europe. It pauses me to consider how many of The Holocaust’s Jews had merged with their Polish neighbours to board trains for far away places. Here, where a place like Treblinka beckoned, how we now wish the Jews could have gotten onto trains bound elsewhere. But with Treblinka, it functioned fully upon the transportation of Jews from Warsaw, and while other Jews had been expelled from other communities, Treblinka was Warsaw’s nemesis. 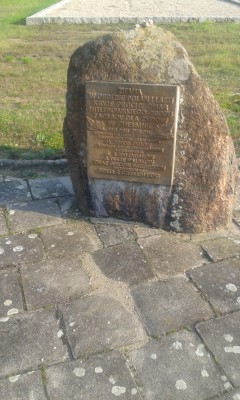 So while I speed in the opposite direction, and toward Kutno, my mind looks out upon a landscape drenched with the blood of Jewish lives. It is troubling, knowing Chelmno approaches, and I will once again stand on the very space, where the epitome of all hatreds was conducted. Chelmno, which still secretes to the mind the missing presence of more than 152,000 to 400,000 Jews, taken and transported from the Countryside this Train is travelling through. 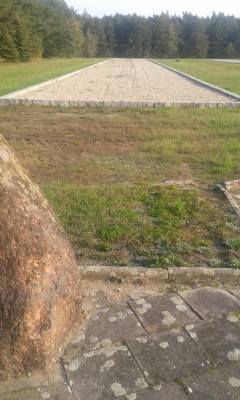 I am troubled as we travel and as I see order, with life continuing without a flicker of recognition for what must have been so obvious during those times. If it is to be said then it is going to be a pleasure to walk amongst those I can feel close to. In some strange and uniquely personal way, these Murdered Jews have given me cause to accuse, reflect and look far more deeper into humanity’s gravest wrongs, for an answer. 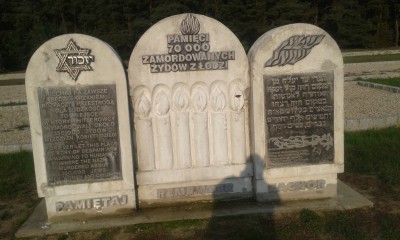 I will not measure such reverence in other that the consumption of concerns for the passing of Human Beings, and regardless of the Fact that their Jewish designation ensured their destruction, my concern is a purely human response to an awful atrocity. Today, I will have travelled some 388 more Miles and will have looked across open Countryside, purged of all Jewish presence. But, to reach this Death Camp on the Ner River, it is an accomplishment I have neared for 12 years. 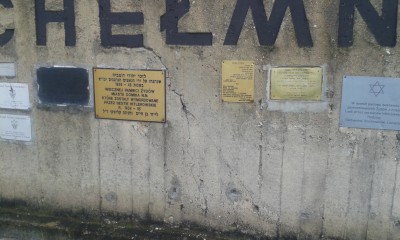 Chelmno itself is a sterile ground transformed into a visitor center, a form of museum. It has nothing really to suggest that murders took place here. Hitler established this Death Camp on German Occupied Polish land and this too is a strange anomaly. Different from all other Death Camps, though in a similar way to Treblinka, in that Murder and interring were achieved in situ and removed elsewhere for interring. Chelmno’s Death Camp is x2 distinct sites and the Murders were largely achieved en-route from one site to the other. 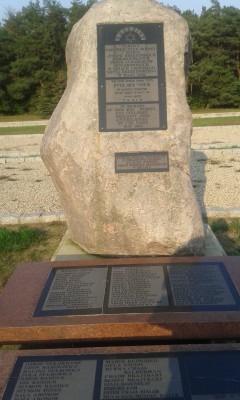 The site of the killing is separated by a journey through hell for those Jews encased in Gassing Vans augmented purely for killing those who entered. I perhaps journey here the wrong way round, visiting the containment site first and then the transporting and loading area, as it was, secondly. But along that road from one place to another space, Jews were gassed and their lifeless bodies removed to where they awaited, no final resting space. 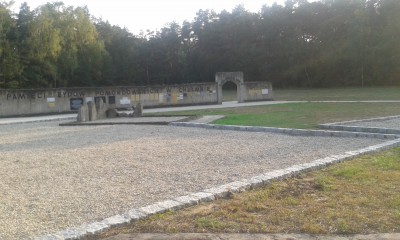 The feverish attempts to finally disinter and destroy the evidence of their detailed mass Murder would seek to dislodge from Memory the place were these Jews were laid to no rest. I have walked and walked. I have been from every corner of this containment centre and feel deeply that some force beckons which is intangible, yet still, it calls to those who seek the place where so many have failed to escape. 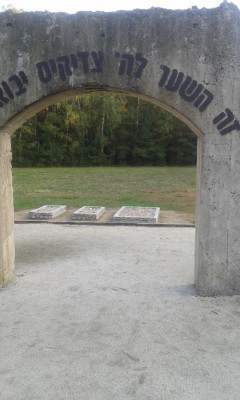 I am displeased with the loading area. Reconstructed and with no resemblance to what was the former place of such horror for the Jewish People, and others, brought there. My day is done. My head is done. I have nearly 200 miles to make a resolution with myself to add further to what needs to be said. I am weary. Tired. Not quite worn out and a walk back to my hotel, through night time Warsaw to confront the confusion. I am struck by the awe struck realisation of what humankind can accomplish against Humanity. I have Eugen Kogon’s The Theory and Practice of Hell to while away the coming hours, knowing full well, I have just visited a hellish place, and I have walked freely amongst lost but not Forgotten souls, and I manage to emerge. 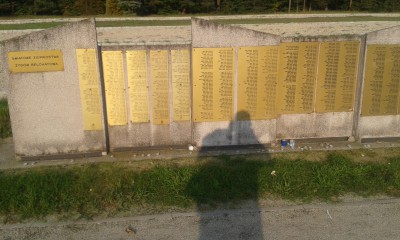